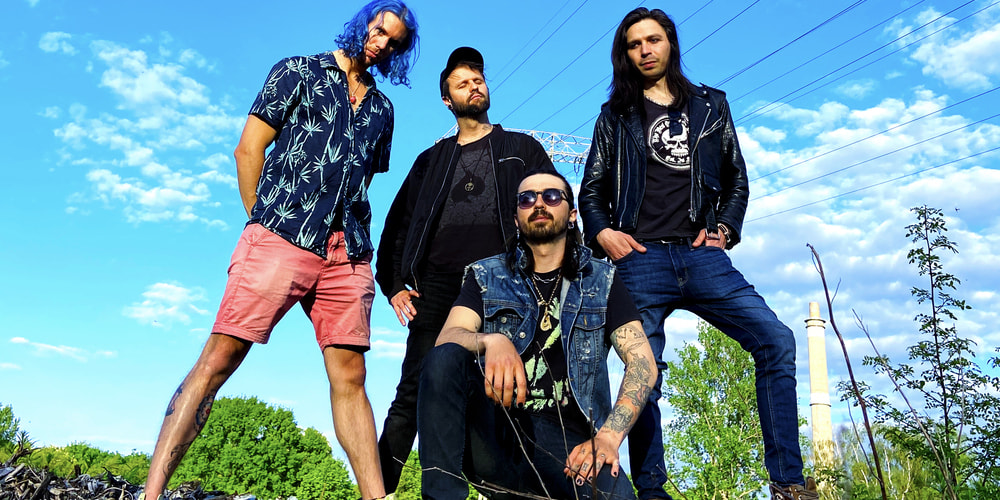 We are "LEVEL SPACES", we are an instrumental band and we play a genre of music that has been described as many different things but ultimately certain words tend to stick, so we call our genre: PSYCHEDELIC/TRANCE/TECHNO/ROCK.
Our band is made up of 3 Brazilian siblings and 1 Australian all living in Berlin and playing mostly on the street captivating large crowds not only in Berlin but around Germany.

The band itself is made up of guitar (Lenny), bass (Henry), electric drum pad (Mey) and an innovative standing up drum kit made with a mix of usual drum parts (hi hat, snare etc) and large plastic buckets (Gary). Together we bring a very unique sound and look that creates a lot of intrigue and interest from the public eye.

We bring a lot of positive energy into our performances that often have people dancing and wanting more. Gary is also very engaging with the crowd, bringing them in and making them feel a part of the show.

We use a lot of dynamics to keep audiences guessing and captivating their imagination through either the high energy drum playing or the smooth melodies of the guitar and catchy bass lines.

In just two years we have released three albums and sold around 6.000 physical copies around the globe.
If given the chance "LEVEL SPACES" would be able to provide something unique, powerful and memorable, and it would be our absolute pleasure to deliver such a show.